Classified as one of the strategic mineral in Nigeria, Limestone is a rock with an enormous diversity of uses. The largest and purest deposits of limestone are found in the Southwest and Middle belt regions of the country. Limestone in the Southwest region of Nigeria has been estimated at 31 million tonnes. Most limestone mining activities are mainly for cement production. It could be the one rock that is used in more ways than any other. Most limestone is made into crushed stone and used as a construction material.  It is used as a crushed stone for road base and railroad ballast. It is used as an aggregate in concrete. It is fired in a kiln with crushed shale to make cement. It is one of the basic building blocks of the construction industry. Limestone has many other uses. Powdered limestone is used as filler in paper, paint, rubber, and plastics. Crushed limestone is used as a filter stone in on-site sewage disposal systems. Powdered limestone is also used as a sorbent (a substance that absorbs pollutants) at many coal-burning facilities.

Limestone is not found everywhere, but Nigeria has an exponential amount widespread in its sedimentary basins which provide the raw materials for the cement factories at Calabar, Cross River state; Sokoto, Sokoto state; Nkalagu, Enugu state; Okpella, Edo state); Ashaka, Gombe state; Gboko, Benue state; Ewekoro and Shagamu Ogun state; and Obajana in Kogi state. The resource base of the known limestone deposits is about 2.3 trillion metric tons with 568 million tons of proven reserves.

As at year 2015, cement production capacity of the country was between an estimated 26 million tons and 28 million tons per annum, given that all the cement plants are operating at their full capacities. The domestic demand totals between an estimated 18.3 million metric tons and 20 million metric tons per year. The increasing demand of cement for infrastructural development presents an opportunity for investors to set up factories in different parts of the country to meet the domestic demands of the yearning customers and also export to the sub-regions for economic growth 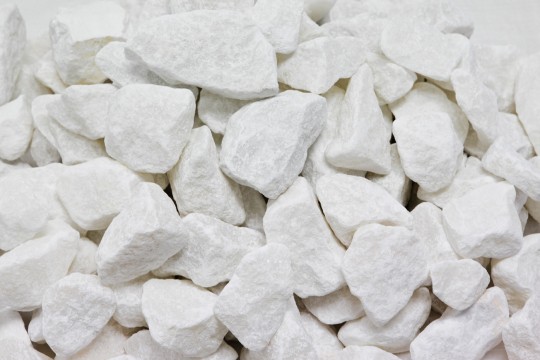