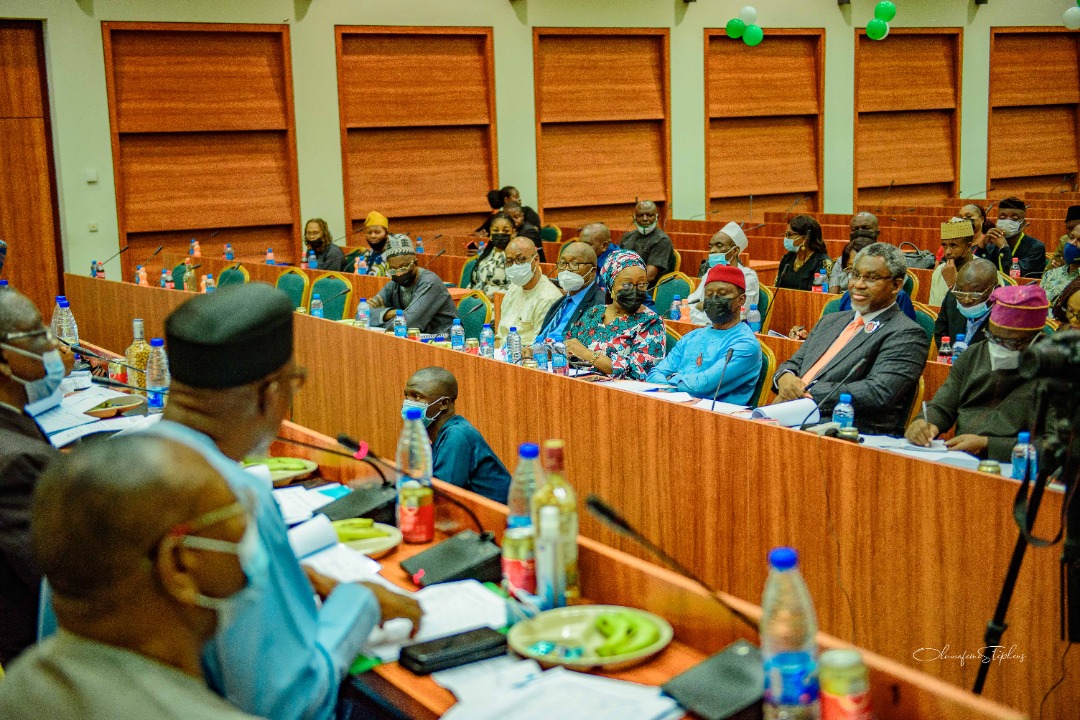 The Minister of Mines and Steel Development, Arc. Olamilekan Adegbite has requested the National Assembly to allocate more funds to the Steel sector to enable it create more jobs for the Nigerian youth and increase its contribution to the country’s revenue, just as he told the Committee that the mining sector in Nigeria is one of the focus areas of the President Mohamadu Buhari led administration’s economic diversification agenda.

According to him “Government, having identified the huge opportunity emplaced therein, envisages the sector as a viable source for significantly growing the economy and causing a paradigm shift from dependence on oil as a major revenue earner for the country”.

Adegbite stated this, Monday, 15th November, 2021 when he led the Ministry’s Management on 2022 Budget Defense before the House of Representatives Committee on Steel.

He told the committee that the Ministry is proposing a budget of about N23.4b for 2022 as against N24.4b in 2021, just as he reiterates the need for increased budgetary allocation, and if approved and funds promptly released as at when due, it will help increase revenue of the country.

Also in his remarks, the Honorable Minister of State, Dr. Uchechukwu Sampson Ogah, noted that the Ministry has moved up in revenue generation in the last nine months, from about N2m to N6m.

Earlier in his opening remarks, Chairman, House of Representatives Committee on Steel, Honorable Abdullahi Ibrahim Ali Halims, stated that the development of the Steel sector is sacrosanct, while acknowledging the contribution of Steel to the Mining sector and revenue generation for the country.

He however pointed out that corruption and mismanagement in the past had largely affected the development of the Steel sector and promised his Committee’s commitment to collaborate with the Ministry to move the sector forward.