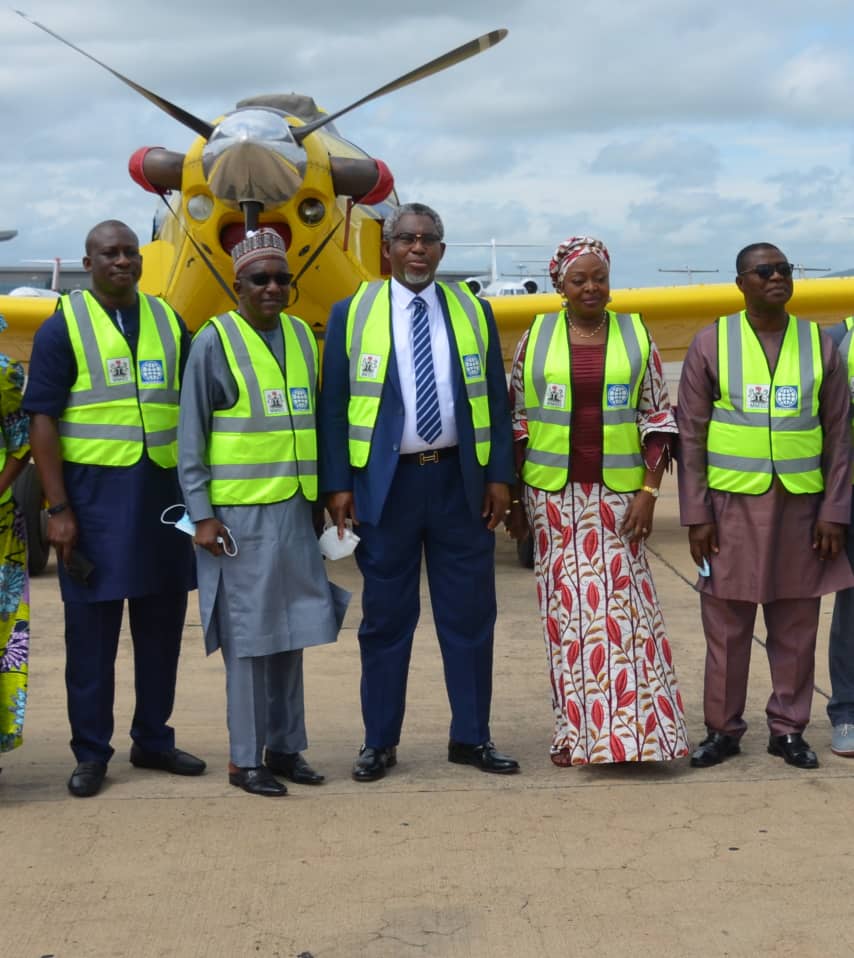 The Minister of Mines and Steel Development, Arc. Olamilekan Adegbite, has inaugurated two Aircrafts for the Airborne Geophysical Survey.

Speaking during the inspection of the Aircrafts, at the Nnamdi Azikiwe International Airport, Thursday, Adegbite stated that the aircrafts will be used for aerial survey and detection of accurate data of minerals resources in 19 States of the Country.

He said the aircrafts have equipment in them that monitor certain parameters on the ground in order to acquire data of minerals resources, adding that this is the most modern method of acquiring data in the mining sector.

Data captured by these aircrafts will be trans loaded to a computer in the Mindiver, (World Bank Project) which is in the Headquarters of the Ministry, that will translate them and this will transform the data that can be utilized.

He also disclosed that the Ministry is partnering with the various States’ Governors of the various states to create awareness to ensure that the people living in these regions are adequately sensitized as the project commences.

Speaking also at the event, the Mindiver Consultant, Dr. John Eyre, said the two aircrafts have electronic sensors which will pick up variations, particularly magnetic changes and radio metric changes in the ground, which in a long run, will process the data interpreted from the geological structures in the ground.