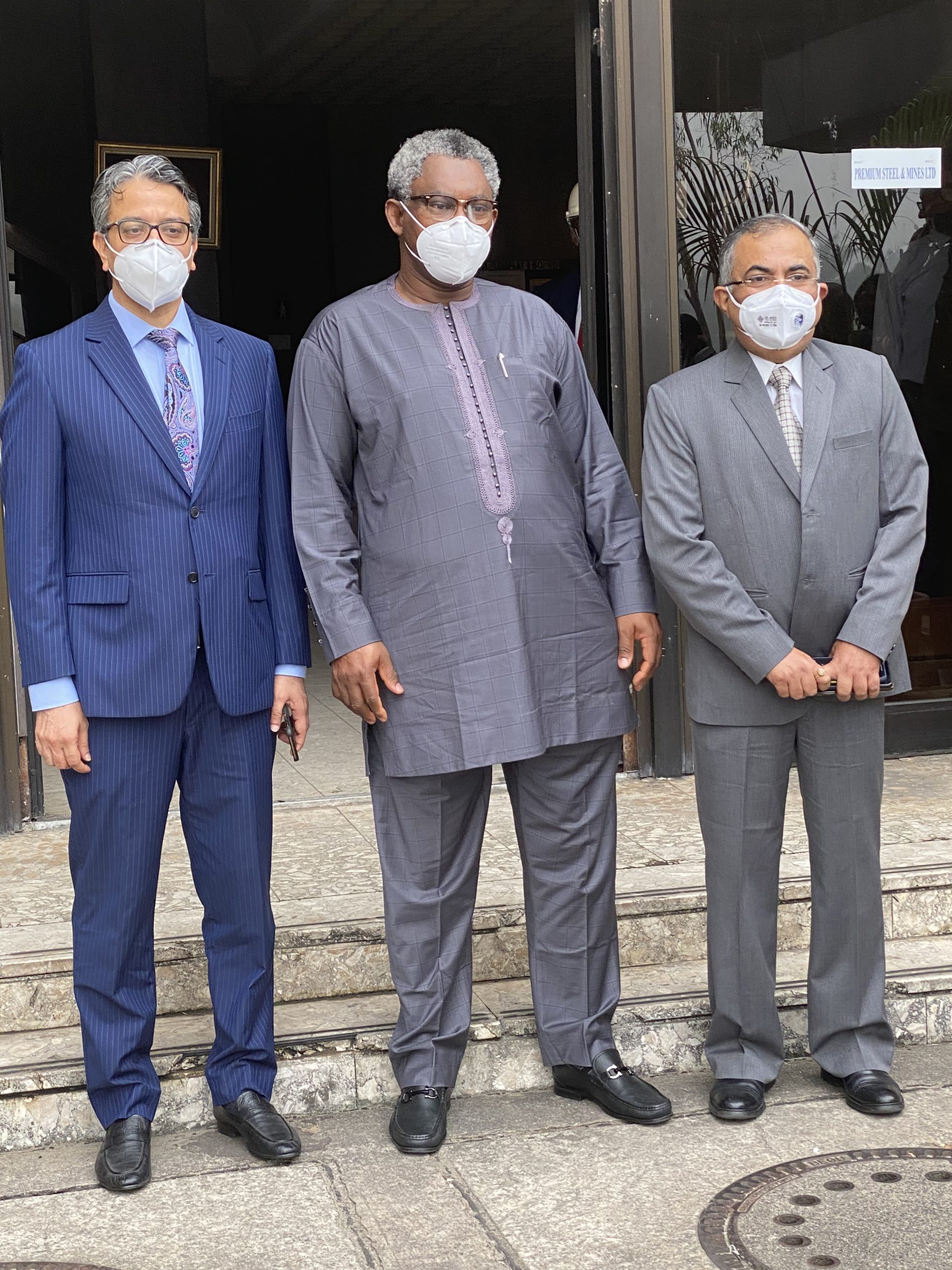 The Hon. Minister of Mines and Steel Development, Arc Olamilekan Adegbite has restated Federal Government’s sustainable support towards the growth of steel industry in Nigeria.

During his working visit, Thursday, 18th February 2021, at the Premium Steel and Mines Limited (PSML) Ovwian, Aladja, Delta State, the Minister re-emphasized government’s zeal to use the sector to diversify the country’s economy, boost government revenue as well as create employment for the growing army of unemployed citizens.

In his words, “In this kind of investment, a lot of people will be employed, primarily in the production value chain, so it is a welcomed development”

Adegbite noted that vibrant steel industries are needed for development of any country. He stressed the importance of production of liquid steel which is used for producing vehicle bodies. As he further explained, “with liquid steel, we can produce flat sheets, Nigeria can begin to make its own vehicle bodies and produce engine blocks.”

He said that PSML is far ahead of others in its readiness to produce steel as he charged them not to relent in their efforts so that the country can get to its desired position in steel production.

The Minister promised that the Federal Government would do all that is necessary to support the industry. He made reference to the Metallurgical Industry Bill which he believed when enacted into law would support the steel industries and encourage more private sector participation.

He said the role of government is not to run business but to facilitate and encourage private sector. He applauded the lofty ideals of PSML and encouraged them to deliver on their goals.

The Group CEO of Premium Steel and Mines Limited, Anant Badjatya, earlier in his address, stated the company is poised to be the best integrated steel producer in the Country and West Africa at large, having strategic advantages of proximity to key raw materials and well-established supporting infrastructure.

Badjatya said his company would address the supply gap in finished steel products, reduce steel importation and as well cater for the steel demand of the neighboring Economic Community of West African States (ECOWAS).

Premium Steel & Mines Limited formally known as Delta Steel Company was commissioned in March, 2018 and has since then been producing and supplying high quality steel of high grades that meet international standards.