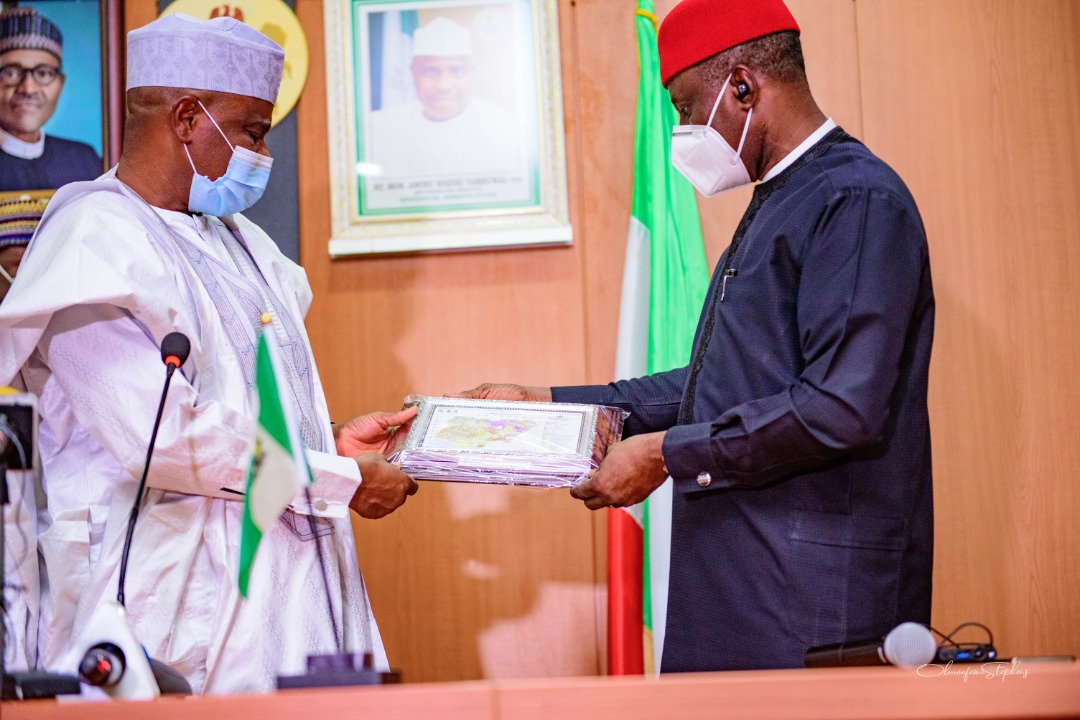 The Federal Government has restated the determination to stamp out illegal mining of solid minerals in the Country in its bid to increase revenue generation from the Sector and grow the Country’s GDP.

The Minister of State, Ministry of Mines and Steel Development, Dr Uchechukwu Sampson Ogah stated this in Sokoto State during a courtesy visit to the Executive Governor, Rt. Hon. Aminu Waziri Tambuwal recently.

He emphasized the need to stamp out illegal mining activities for Nigeria to fully harness the benefit from the sector, saying that activities of illegal operators who do not pay royalties to government coffers greatly hamper the development and growth of the sector. He therefore tasked artisanal miners in the State to take advantage of the window of Cooperative initiated by the Ministry to formalize their activities.

Speaking further, Ogah disclosed that the Ministry is aware of the strategic position of the state as it is endowed with abundance of different mineral deposits which are yet to be effectively explored. He added that the Nigerian Geological Survey Agency (NGSA) and the National Steel Raw Material Exploration Agency (NSRMEA), Kaduna are currently studying the state’s Iron Ore deposits and other related raw materials to support the Iron Ore industry in the nation.

In his remarks, the Executive Governor of Sokoto State, Rt. Hon. Aminu Waziri Tambuwal said the State believes in the drive of President Muhammadu Buhari to diversify the economy through Agriculture and Mining.

He revealed that the State has a long history of mining as it has played host to Sokoto State Cement Company, now BUA Cement Company for over 50 years.

Tambuwal disclosed that OCP Morocco, a leading Fertilizer Company in Africa has indicated interest to site it’s factory in the state as it has the highest deposit of phosphate in the country. He assured of its readiness to partner with the Ministry and its agencies on any project that would bring development to the state.

In a related development, the Minister of State, speaking at a forum for stakeholders in the state, stated that the meeting was aimed at educating operators to have a better understanding of the new policy direction being championed by the Ministry.

He encouraged them to form Cooperatives for them to access the N5 billion intervention fund the Federal Government has set aside for the sector domiciled with the Bank of Industry, saying accessing such loan would enable them purchase equipment that would improve their operations.

Ogah enjoined them to collaborate with the Federal Mines Officer in the State for resolution of any challenge, adding that the Federal Government is ready to assist miners for the development of the sector.

Earlier, the Managing Director, Murtala Height Mining and Construction Company Ltd, a dredging company, Mohammed Saragudeen Shehu, appealed to the Ministry to intervene in the harassment by officials of Ministry of Environment who come asking them for their Environmental Impact Assessment plan, which he said takes about N11 million to obtain, stating that majority of the operators in the state are peasant miners with not more than N2 million as capital.

Another Operator, Alh. Murtala Ahmed of MMG Global Ltd, sought the assistance of the Federal Government in providing machineries that would help them upgrade their operations from manual excavation of sand and laterite to excavation of other minerals like Gypsum.