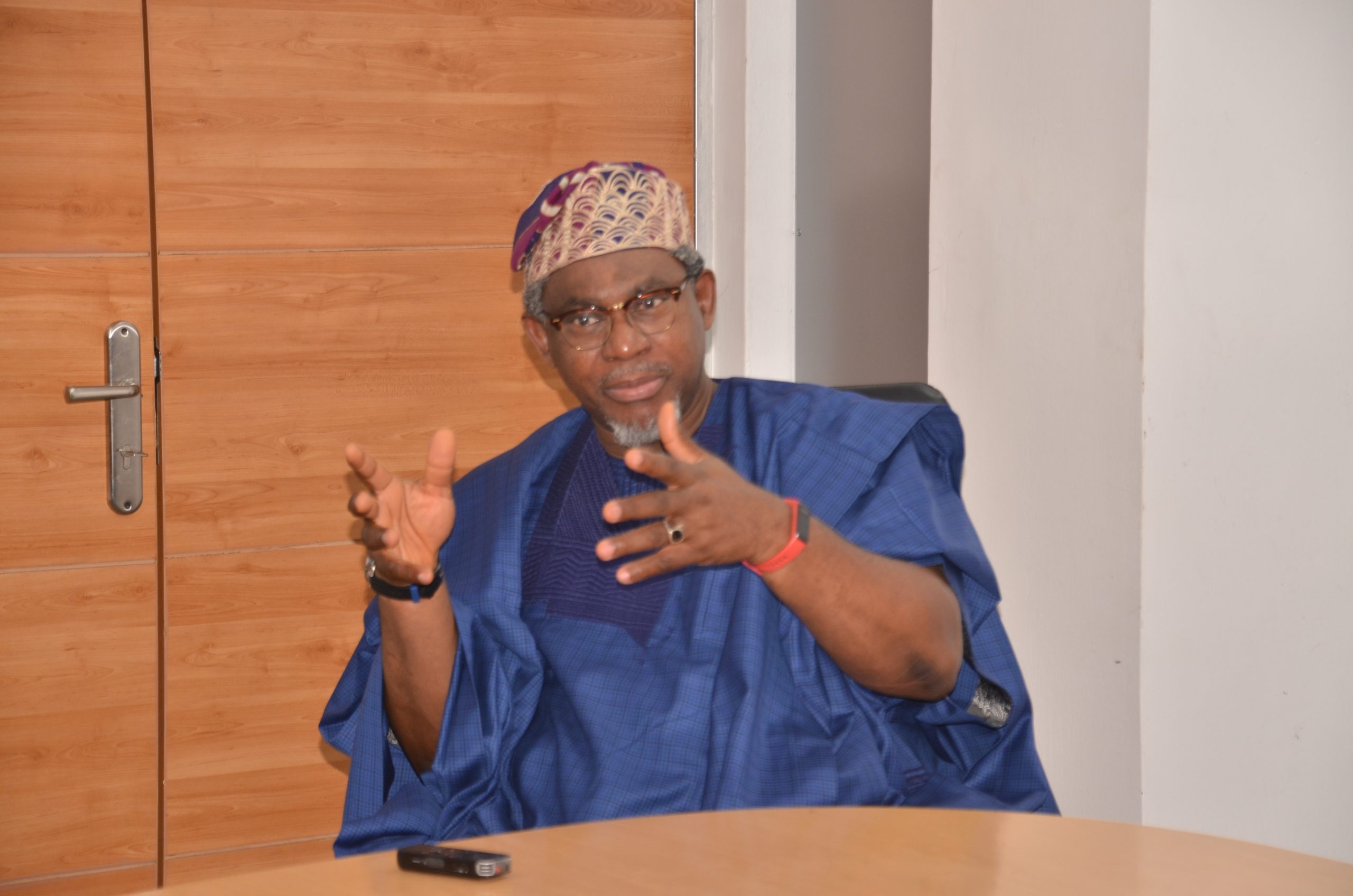 The Hon. Minister of Mines and Steel Development, Arc. Olamilekan Adegbite has said Nigeria cannot afford to repeat the mistakes made in oil and gas in mining by exporting raw ore. He said minerals mined in the country should be processed before being exported.

He made this known recently during his familiarization tour of some media houses in the South Western States. Adegbite noted that mining, before independence, was the mainstay of Nigeria’s economy as resources from mining was used to develop infrastructure in oil and gas sector. “The moment we found oil, we turned our focus away from mining and it died, so we are trying to revive it, Nigeria was once quoted on the London metal exchange, we were the highest exporter of columbite in the world, importing tin from Jos, exporting coal from Enugu to the world, we can bring back that era”, he further explained.

Adegbite said the Ministry is currently working a downstream policy that would make exportation of raw ore illegal. “We don’t want to export raw ore in Nigeria anymore, we want to do beneficiation and that is the downstream policy the Ministry is working on and when it comes on stream, nobody can export raw ore in Nigeria again, whatever you mine, you must process locally” This, he said would bring about job creation.

As part of the downstream policy, he said the Ministry would introduce what is called pre-shipment inspectors for mineral export. Pre-Shipment inspectors according to him, are people who have the knowledge, equipment and can confirm the value of what is being exported and ensure payments of appropriate royalties to government.

The Minister acknowledged that mining in Nigeria is mostly artisanal based. He said the government would not criminalize the artisanal miners but encourage them to come into the fold and support them. “Nigerians who engage in mining at artisanal level is not consider illegal, the illegal miners are foreigners who come into Nigeria and partake in artisanal mining, they ride on the back of artisanal miners, offer them peanuts or little incentives and exploit them”, he explained.

He said the mining sector has potential to match oil and gas as he noted that, “the lone efforts of artisanal miners would not be enough to generate the needed resources to match oil and gas unless we have big investors and that is why we go on international road shows but the big investors will not come to Nigeria if we do not have data”. He cited the presence of ‘Minors’ such as Thor exploration mining gold in Osun, a Canadian Company quoted on the Toronto stock exchange.

Adegbite however expressed confidence that the ongoing exploration which enables data generation through the National Integrated Mineral exploration Project (NIMEP) would confirm the availability of minerals in different places in the country and at what quantum that would attract the ‘Major’ mining companies to the country.

He referred to the recent presentation of gold bar to the President as a demonstration of possibility. “It showed prove of concept, that the gold is here in Nigeria, we can mine it but government cannot get involved in that business, so we are saying to individuals to come into mining, the gold is here, you process it, you sell it and make money.”

The Minister said the gold presented was mined locally but refined outside the country as he disclosed that the Federal Government has licensed three (3) refineries in Nigeria. “These refineries, situated in Abuja, Ogun & Kano States, are coming up so that we will be able to refine our own gold, Nigeria needs to start refining her gold locally and the Ministry is working on that”

He also disclosed the plan to establish gold souk in the country as he made reference to the recently launched gold Durba in Kano as a move towards having Nigeria gold souk. He said Nigeria is getting to the point where women can take their idle gold to the bank, obtain certificates and use them to trade.

Another lesson learnt from the past mistakes of oil and gas according to the Minister is in respect of environmental issues. He said, “the Ministry is doing very well on environmental issues, we have learnt a lot of lessons from Niger Delta, there is what we call consent in mining, if you don’t have the consent of the people who live on the land where you want to mine, you cannot mine, you must sign the Community Development Agreement (CDA) without which you cannot get a mining license, so the people are very important.”

The CDA according to him, is a graduated promise of benefits to the people in form of money, scholarships, grading of roads, among others. “As the company prospers, the community must also prosper, so the community is carried along unlike what played out in the Niger Delta”, he further explained.

On environmental remediation, Adegbite said every mining company must have remediation plan which must be approved by the Ministry of Environment and submitted along with other documents to the Ministry before mining license can be issued.  “There is a sum that is collected, that accumulates, at the end of your mining, you must reclaim the land. If you don’t do it, the Ministry will do it from the funds that have been taking from you, environment is very important to us” he reiterated.

The Minister said part of his mandate is to make mining to be an alternate to oil and gas, diversify the economy through mining, create employment and generate revenue for the government

He said his ministry has been working assiduously to fulfill this mandate. He thereafter encouraged Nigerians who have the wherewithal to invest in mining.