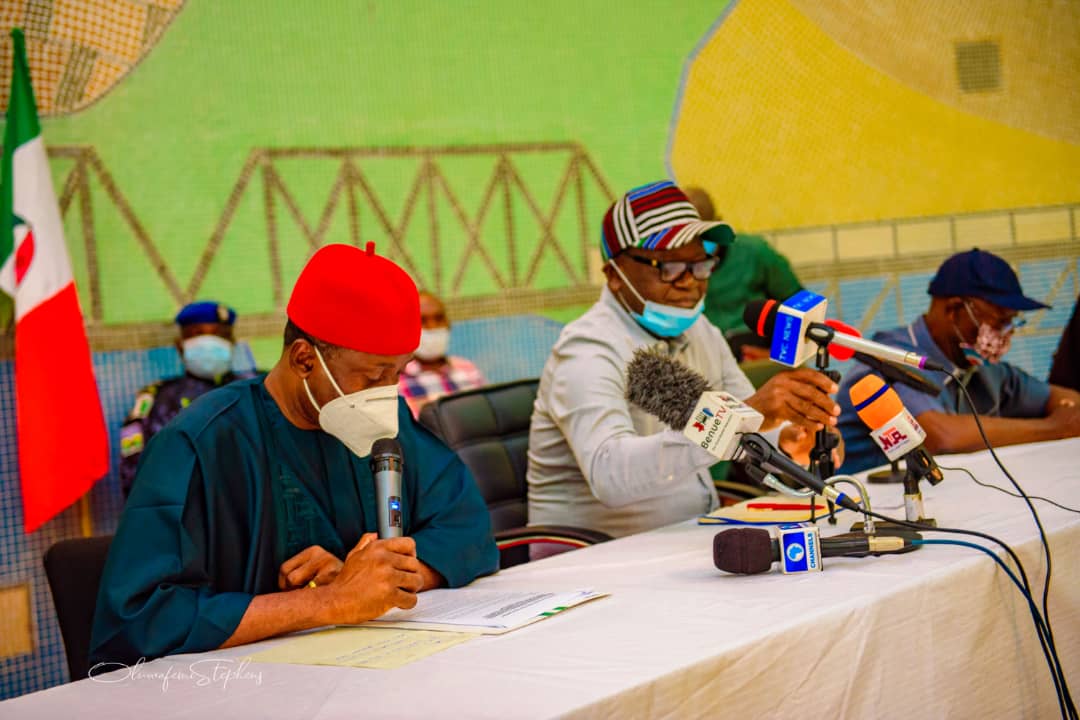 The Federal Government has encouraged state governments to invest in mining to increase their revenue base and create wealth for their people.

Dr Ogah said he would also carry out an on-the-spot inspection of polluted stream water by coal mining activities in some communities in Okpokwu Local Government Area, adding that his prompt response to the communities’ complaint was indicative of Federal Government’s determination to ensure that Mining operations were carried out responsibly by Mining Companies.

He urged the State to support the programmes of the Mineral Resources and Environmental Management Committee (MIREMCO) as it would aid it in enhancing revenue generation from mining operations.

In his remarks, the Governor of Benue State, Samuel Ortom, stated the State’s willingness to support and adopt Federal Government’s policies that would bring revenue growth and development to the State.

He solicited the Ministry’s collaboration in mineral exploration, disclosing that a lot of unexplored minerals abounded in the State.

Ortom also stated that Benue State Government would readily take advantage of any opportunity to create jobs and put “smiles on the faces of Benue people.”

He commended the Ministry for its prompt response in coming to inspect and find possible solution to the plight of people in communities where Mining activities have affected water supply.

During an interactive session with Stakeholders, the Minister also revealed Federal Government’s willingness to revive the mining of barites in the Country, and commitment to providing the necessary support for that sector to thrive.

He therefore advised miners of barite to organize themselves into a single Association that would cover the interest of all the barite Miners in the Country.

Earlier, the Federal Mines officer, Engr. Agamah Simon Ogwuj, in his welcome address had affirmed the abundance of mineral resources, especially barite, in Benue State, as every Local Government Area of the State has at least one mineral resource.

He said the State Mines Office, in its bid to eradicate illegal mining, has engaged in elaborate enlightenment of Artisanal Miners, which has resulted in getting them organized into cooperatives.

Ogwuj disclosed that only a few companies are actively involved in the mining of coal in the State, as some companies had shut down due to the activities of bandits.

Also, the Chairman Benue State Mineral Resources and Environmental Management Committee, Engr. Samuel Tar Iyornumbe, disclosed that the Committee had successfully resolved the Local Governments and barite Miners conflict in the State, adding that the Committee’s intervention had led to the repositioning of miners in the State to operate according to mining regulations.