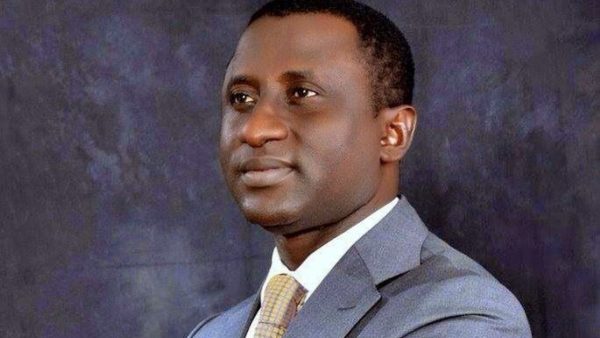 The Minister of State, Mines and Steel Development, Dr. Uchechukwu Sampson Ogah has said with the abundance of mineral resources, Nigeria has the capacity to generate revenue, grow the economy and develop infrastructure through mining.

The Honourable Minister stated this during his sensitization visit to Katsina State Governor, Alhaji Bello Masari recently, where he intimated him of the Ministry’s effort to optimize revenue generation from mining of solid minerals.

He explained that in a bid to attract investors and ensure the security of investments, the Ministry has put incentives in place like zero percent import duty charge on the importation of mining and metallurgical plant equipment. Also, that punitive measures are being put in place that will see illegal operators go to jail for two years without option of fine.

Dr Ogah said with the about 15 different minerals available in Katsina, the state has a lot to benefit if proper mining regulations are adhered to; adding that it could serve as a core stimulator towards an industrial revolution that would spur a wave of infrastructural development for the Katsina people.

Also, the Minister said the Ministry would want to have first-hand information about the operational status of the Dana Rolling Mill, which has been shut down for years, with a view to ensuring that commercial production return.

The Minister called for stronger and deeper collaboration between the Federal, State and Local Governments to achieve full harnessing of   mineral resources for economic development.

This is even as he disclosed that the Ministry is working towards the lifting of suspension of mining activities in the State.

In his remarks, Governor Bello Masari said the visit was apt as it was the best time to look at other sources of revenue generation in the face of falling prices of crude oil, adding that the solid minerals sector holds the key for economic independence for the country.

He said the State was working on ensuring security and a stable political atmosphere that would attract the confidence of investors, saying that with the development of a secured mining sector, it would be able to deliver on its electoral promises and lift its people out of poverty.

Governor Masari enjoined the ministry to confirm the suitability of land for mining purposes, especially from State governors before granting licenses to prospective miners in order to avoid the possibility of giving licenses on land that is already in use.