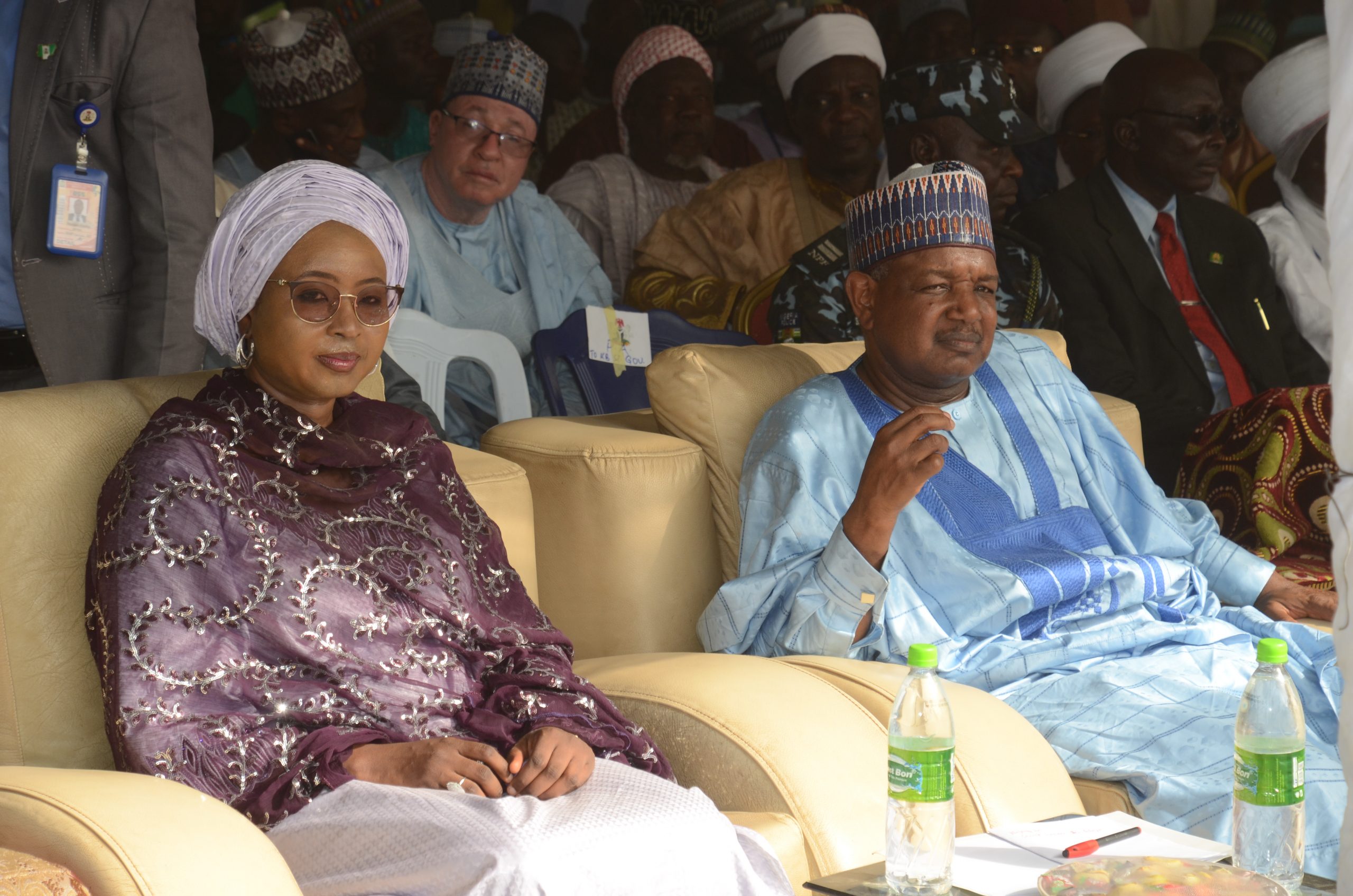 The Federal Government has reiterated its support for the small scale and artisanal miners in the country with the flag-off of the Presidential Artisanal Gold Mining Development Initiative (PAGMI) in Yauri Local Government Area of Kebbi State on Saturday February 22, 2020.

The flag-off which was an initiative of the Federal Government with the support of Government of Kebbi State as well as Central Bank of Nigeria was part of an on-going process to formalize and integrate Artisanal and Small Scale gold mining activities into the Nation’s legal, economic and institutional framework.

PAGMI is an Artisanal support program for miners of gold in the Nigeria with Kebbi and Osun States serving as pilot States. The Flag off of PAGMI Biometric Exercise in Kebbi State was for the Registration and Enrollment of first batch of Artisanal Miners that would benefit in the Program, PAGMI.

Speaking at the event, the Executive Governor of Kebbi State, Sen. Abubakar Bagudu who is also PAGMI Vice Chairman said President Muhammadu Buhari is intensifying efforts to build the capacity of the artisanal miners to enable them contribute positively, legally and safely to the economy of the country.

PAGMI according to him is “part of government efforts to support the Artisanal Miners across the nation and eliminate illegality so that the teeming youth who are interested in mining would be supported and do their business properly, legitimately and with maximum support from the Federal Government”. He urged those that would be registered to be good ambassadors of the State and make proper use of whatever assistance would come their ways.

In his keynote address, the Hon. Minister of Mines and Steel Development (MMSD), Arc Olamilekan Adegbite who was represented at the event by the Director, Artisanal and Small Scale Mining (ASM), Mr. Patrick Ojeka, stressed that the initiative, apart from empowering the artisanal and small scale miners, would encourage and promote Nigerian processing and value addition industries.

In his words, “Through this initiative, we hope to solve the issue of disaggregation through establishment of cooperatives, improve productivity through capacity building and the use of advanced equipment to improve standard and quality of output.”

Adegbite said the Federal Government would establish buying centres with the CBN as off taker and also integrate middlemen into the system, which he believed would lead to higher profitability for artisanal miners.

He stated that the Federal Government is in the process of building centralized processing centres with capabilities to produce minerals and enhance beneficiation within the country, leading to reduction in taxes as incentives.

He however emphasized, “The success of this initiative will only be possible through continuous cooperation, cohesion, commitment and the will of the stakeholders and people involved”.

“The sustainability of this project is what we plan to achieve and all measures have been accounted for and put in place to ensure smooth implementation”, he added.

The Minister said all hands are on deck to ensure that mining becomes a major developmental catalyst in line with economic diversification and wealth creation of the Federal Government.

In his vote of thanks, the Honourable Minister of State, MMSD, Dr. Uchechukwu Sampson Ogah, who was represented by his Chief of Staff, Mr. Kelechi Ekugo said Governor Bagudu has been instrumental to the success of PAGMI Biometric Exercise in Kebbi State. He acknowledged and appreciated the roles of all stakeholders who are championing and promoting the success of PAGMI in the State.

Earlier in her opening remarks, the Executive Secretary of Solid Minerals Development Fund and the Secretary of PAGMI, Hajia Fatimah Umaru Shinkafi said that 80% of mining in Nigeria is done by Artisanal Miners, and noted that their activities could no longer be ignored as it poses a security risk to do that.

She assured stakeholders at the event that PAGMI would bring about benefits for financial inclusion, value addition as well as job creation. “We also have social investment elements in it, and part of proceeds from the program will be ploughed back into the community for community development projects such as provisions of health care services, portable water and schools among others”, she further explained.

She noted that the country loses a lot of money from illegal exportation of gold, which royalties and taxes were not paid for. “Apart from gold, there are so many other minerals that are being exported out of the country illegally but we have started with gold, CBN will be off taker for that, this is pioneering, it has never happened before and we hope that we get the support of local community for this program”, she stressed.

While appreciating the leadership of MMSD for their institutional and regulatory support, she looked forward to presenting with the Governor Bagudu, first batch of gold to the President in the next couple of months.