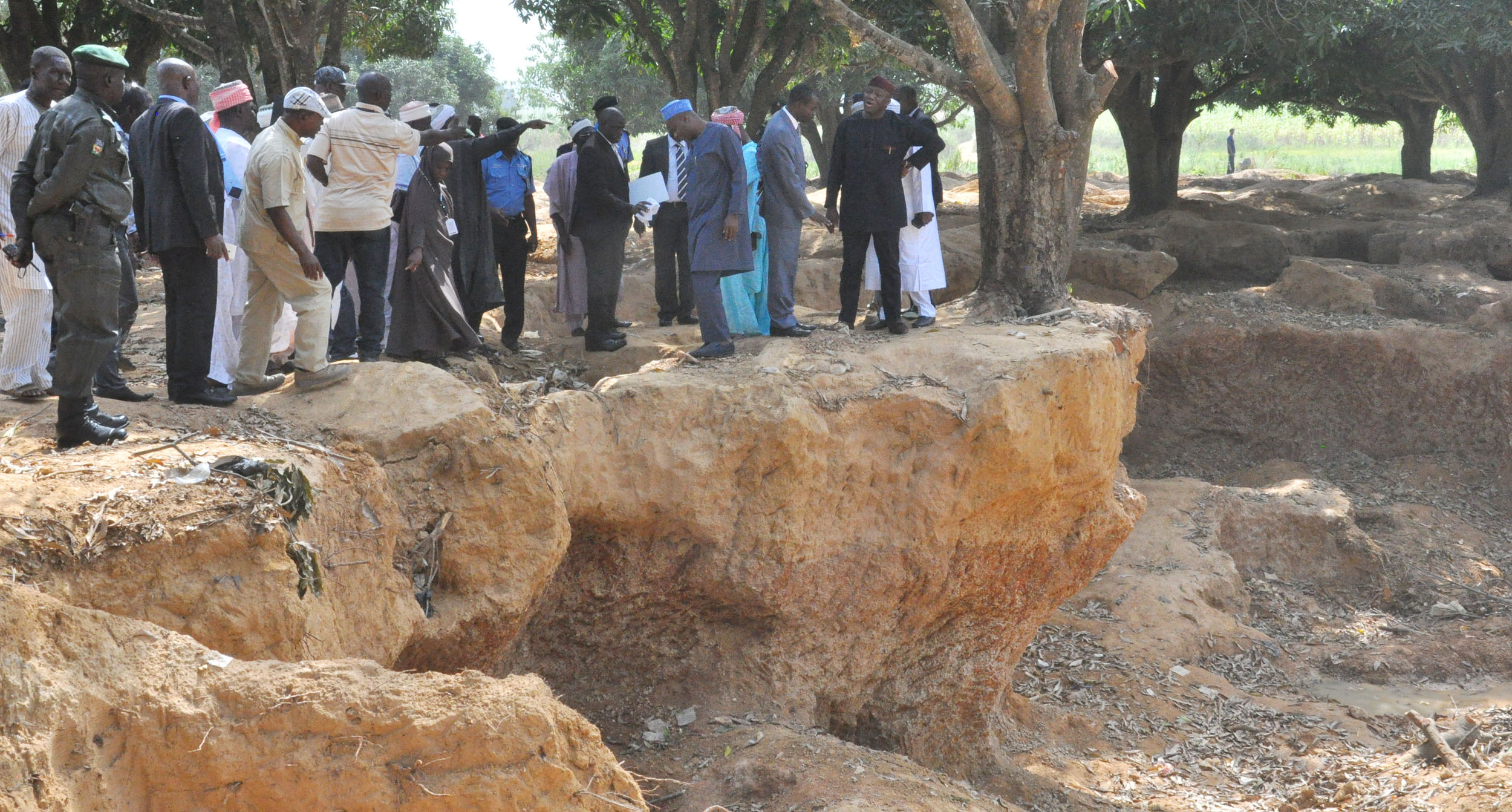 Community Development Agreement (CDA) are agreements reached between host mining communities and mining communities to provide some socio-infrastructures to aid in the economic, social and general development of the host community. RUTH TENE NATSA writes on the need to enforce them.

The absence of a viable community development agreement denies host communities of economic and social benefits, while some companies don’t carry out responsible corporate social responsibilities (CSR) in the host communities, the Minerals and Mining Act 2007 mandates mining companies to consultatively reach Community Development Agencies (CDA) with their prospective host communities towards the provision of social and economic benefits that would enhance the sustainability of host communities.

The Act further provides for themes which the agreement must address these include educational scholarship, technical training, apprenticeship and employment of indigenes of host community; contributory support for the development of infrastructure and maintenance related to healthcare, education, community services, water, roads, and power; helping to create, develop and support small-scale business etc.

It envisages that this agreement would be negotiated and operational before mining operations begin in host communities. It in fact is a pre-license requirement.

Sadly, this is not the case as many communities are ignorant of these laws and in many cases are taken for a ride by the companies who make such agreements with a few elements who often time sell the people cheap, making it possible for such companies to rescind on their agreements with little or no implications.

A major reason for the companies getting away with such illegalities is the fact that the law does not stipulate the appropriate representatives to negotiate CDAs with, or insist that the social and environmental impact assessments be conducted and explained to members of the communities to assist them understand the far reaching impacts of the mining activities. While the minerals and Mining Regulations expects a mineral title holder to identify the community leaders known and recognized by the people and who exercise a reasonable degree of control over them, it does not provide oversight by the supervising ministry.

Recently an Assessment Report on Extractive Host Companies in Nigeria by Global Rights revealed that most mining companies did not have formal CDAs with host communities even in instances where such companies had been operating in the communities for years.

The report revealed that at Jimbe, mining activities had gone on for over one year before the company signed a Memorandum of Understanding (MoU) with the community. The report added that in the few communities with CDAs, the agreements have not been implemented by the companies connived with village heads to monitise CDAs for their own corrupt benefits.

In Enyigba, the CDA with Royal Salt was negotiated by the commissioner of industry on behalf of the community decried the fact they were not carried along in the negotiation process and that the agreement was signed by the respective land owners directly involved.

Although the said agreement was negotiated five years ago, Royal Salt is yet to fulfill its obligations to the community, save for the grading of a community road and a donation of N500, 000 made to a secondary school in the community.

In addition, the terms of the agreement were negotiated with the understanding that the company wass building underground mines, however, Royal Salt has instead commenced surface mining in the area.

According to traditional ruler of Ishiagu, all the of the 20 villages that make up the Ishiagu community were not involved in negotiations with the mining companies operating in the areas as the Mining Act does not stipulate the appropriate community representatives to negotiate CDAs, however, the preferred position as expressed by most host communities is that CDAs should be negotiated with the recognized local community authority along with their cabinet members/elders, as well as the representatives of the men, women and youth groups in the communities.

An important component of the CDA is the transfer of skills, technical training apprenticeship and employment of indigenes of host community. In reality however, there is hardly any transfer of skills by mining companies to host community members. Many of the indigenes are employed as casual labourers or private security agents. Residents of Oyo-Iwaa in particular were disappointed that indigenes did not hold top managerial positions at the Dangote-owned company claiming that there were a number of qualified indigenes who were qualified to do so.

Another important component of the CDA is the requirement for review of terms after a period of five years. In Jimbe, the CDA with Beautiful Rock Quarries was negotiated for a period of 8 years (2007-2015) after which it would be reviewed. This is indicative of lack of awareness on the part of the community.

Communities were also usually unaware of the capital intensiveness of mining operations and become very aggressive when monetary benefits were not forthcoming from mining investors. Most companies expressed their challenge with implementing CDAs before mining becomes lucrative.

It should however be noted however, that in spite of the company’s CDA obligations to host communities, the primary responsibility for development still rest on the government.

It is to be recalled that in 2013, the then minister of mines and steel development, Architect Musa Mohammed, while on an inspection visit to quarry mines within the FCT berated companies who had failed to implement their CDAs and threatened to shut down non-complaint quarries, he also ordered the non-renewal of their licenses.

As the President Muhammadu Buhari administration continues to insist on the development of the solid mineral sector as a viable sector for diversifying the Nigeria economy, there is an urgent need to ensure that mining companies are forced to carry out credible CDAs and CSRs in host communities to ensure that host communities benefit from the various resources nature has blessed them with.